Modern 3D object detectors have immensely benefited from the end-to-end learning idea. However, most of them use a post-processing algorithm called Non-Maximal Suppression (NMS) only during inference. While there were attempts to include NMS in the training pipeline for tasks such as 2D object detection, they have been less widely adopted due to a non-mathematical expression of the NMS. In this paper, we present and integrate GrooMeD-NMS -- a novel Grouped Mathematically Differentiable NMS for monocular 3D object detection, such that the network is trained end-to-end with a loss on the boxes after NMS. We first formulate NMS as a matrix operation and then group and mask the boxes in an unsupervised manner to obtain a simple closed-form expression of the NMS. GrooMeD-NMS addresses the mismatch between training and inference pipelines and, therefore, forces the network to select the best 3D box in a differentiable manner. As a result, GrooMeD-NMS achieves state-of-the-art monocular 3D object detection results on the KITTI benchmark dataset performing comparably to monocular video-based methods. 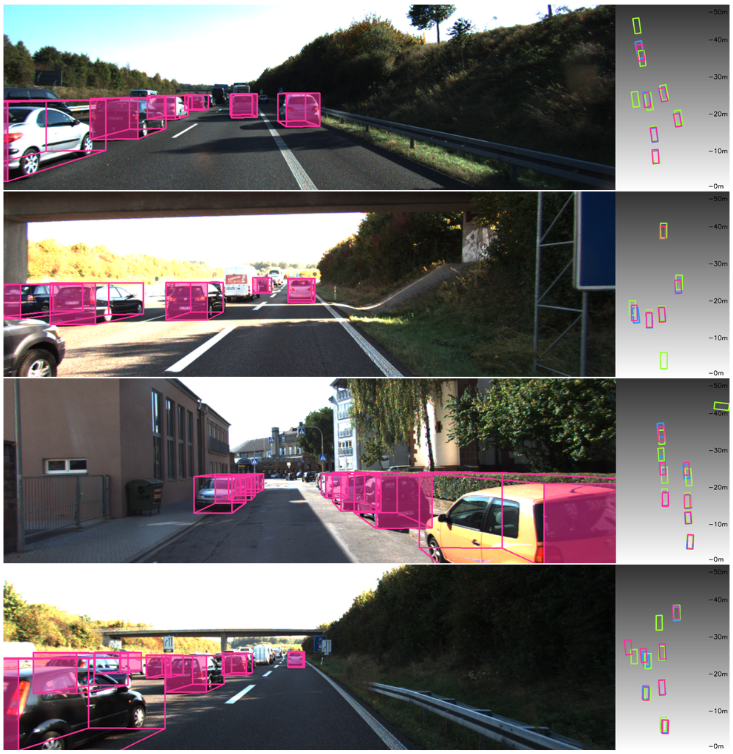 Figure 1. Qualitative Examples. We depict the image view (left) and BEV (right). We show predictions of GrooMeD-NMS in pink, Kinematic (Image) [12] in blue and ground truth in green.

The source code can be downloaded from here