Biometric recognition is increasingly used in commercial and high-security settings. Because of this, the threat of spoofing techniques, the act of presenting a fake biometric object to a sensor, is a large concern. Recent research has focused on face, fingerprint, and iris anti-spoofing. However, no other research attempts to use data from generic objects, which does not suffer from privacy concerns, for the task of anti-spoofing. We show that algorithms trained on generic objects can generalize to the face modality. 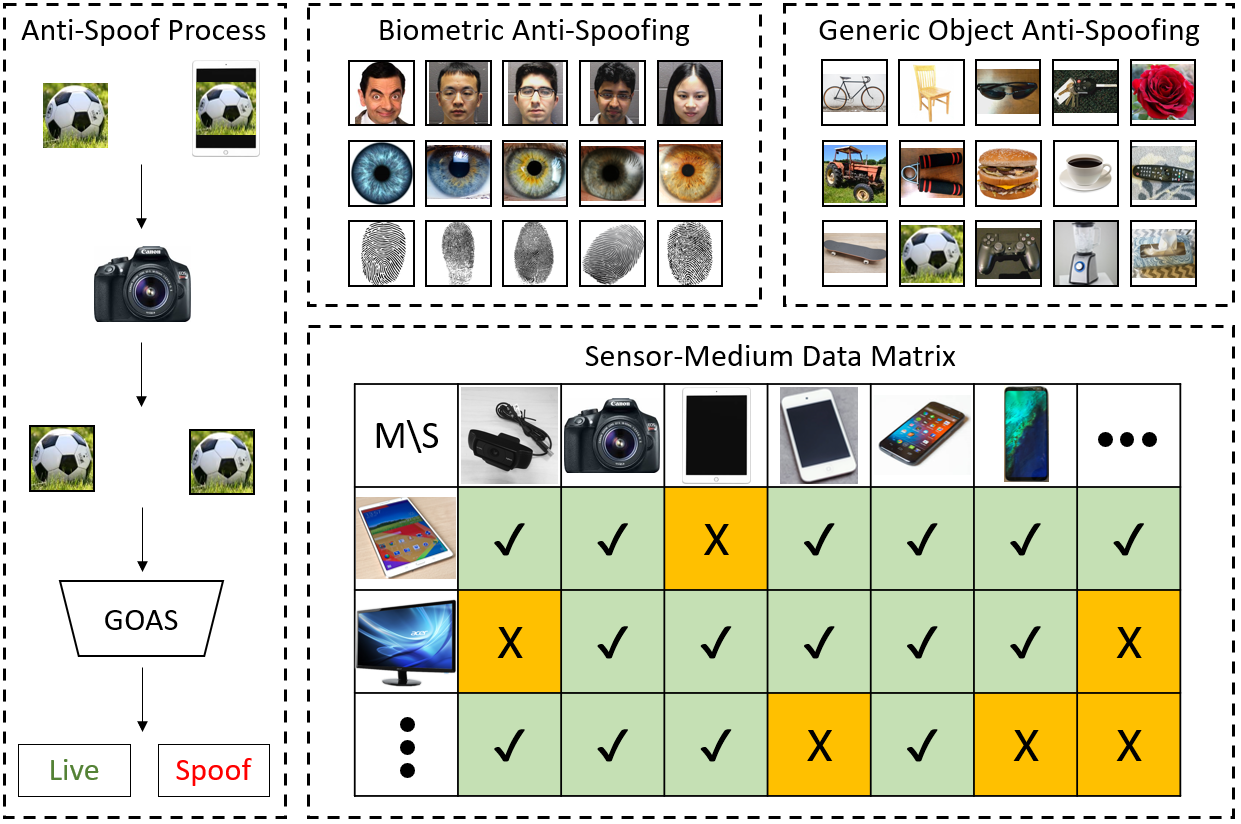 Figure 1: The generic object anti-spoofing process. Generic objects can generalize to biometric modalities because it learns cues that are image content independent. We introduce a method to synthesize unseen combinations (marked as X) of sensors and mediums.

The use of generic objects provides for rich appearance variation and simplicity in additional data collection. To improve anti-spoofing performance, we introduce a method to synthesize images from novel, unseen, combinations of sensors and mediums. This synthesized data is used to increase the anti-spoofing ability of the GOLab algorithm.

Figure 2: Overview for the GOAS architecture. We alternate training between GOGen and GOLab/GODisc. The GOGen learns noise prototypes for each sensor and medium, which improves its ability to synthesize targeted combinations.

The GOSet dataset contains live and spoof videos from 24 objects captured by 7 camera sensors in the live configuration and through 6 spoof mediums.

The source code for the GOGen and GOLab networks is available at: https://github.com/JStehouwer/GOAS_CVPR2020

This research is based upon work supported by the Office of the Director of National Intelligence (ODNI), Intelligence Advanced Research Projects Activity (IARPA), via IARPA R&D Contract No.~2017-17020200004. The views and conclusions contained herein are those of the authors and should not be interpreted as necessarily representing the official policies or endorsements, either expressed or implied, of the ODNI, IARPA, or the U.S. Government. The U.S. Government is authorized to reproduce and distribute reprints for Governmental purposes notwithstanding any copyright annotation thereon.